UNDERGROUND WORLD OF THE SLOVENIAN KARST

UNDERGROUND WORLD OF THE SLOVENIAN KARST 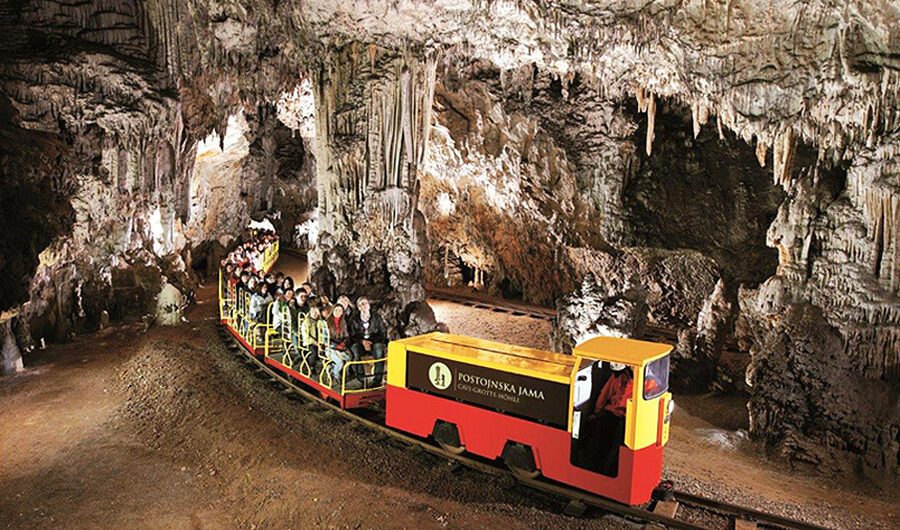 The Karst is a region in SW Slovenia, known for its wine and prosciutto, and in its bosom, it hides a wonderful underground world. There are more than 10,000 registered caves in Slovenia, most of them located in the Karst. The most famous is the Postojna Cave, a world-famous beauty, one of the pearls of Slovenia as well as the most visited tourist karst cave in Europe. The Postojna Cave has been visited by more than 38 million visitors from all over the world so far. Tourist tours began 200 years ago after the local Luka Čeč discovered the interior of the cave. Postojna Cave is the only karst cave in the world with a cave railway, which was built more than 140 years ago. A unique cave train takes you into the intertwining of underground karst tunnels, galleries and halls. During an hour and a half guided tour, you can see all the most important karst specialties: the largest, 16 meters high stalactite Skyscraper,  the crystal white symbol of Postojna Cave – Brilliant, the oldest underground post office in the world, and the most famous underground animal – the olm, Proteus (Proteus anguinus), human fish or baby dragon. Call it what you will, but the small animal that takes pride of place in Postojna is easy to overlook if you know nothing about it. In the past, when the popular imagination was still very rich due to lack of knowledge, they were considered dragon cubs. Who knows, maybe they believed that somewhere in the depths of the caves, real dragons are hiding? 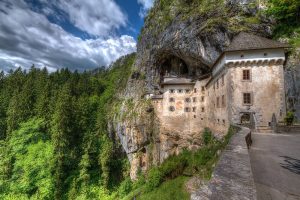 Near Postojna Cave, in a stone wall above the underground cave, there is Predjama Castle – the largest cave castle in the world. It was once the home of the robber knight Erasmus of Predjama, who is the protagonist of many legends. He is also called the Slovenian Robin Hood. He often went on raids, and distributed the spoils among the poor. The story is so interesting that it will be described in more detail in one of the upcoming blogs. 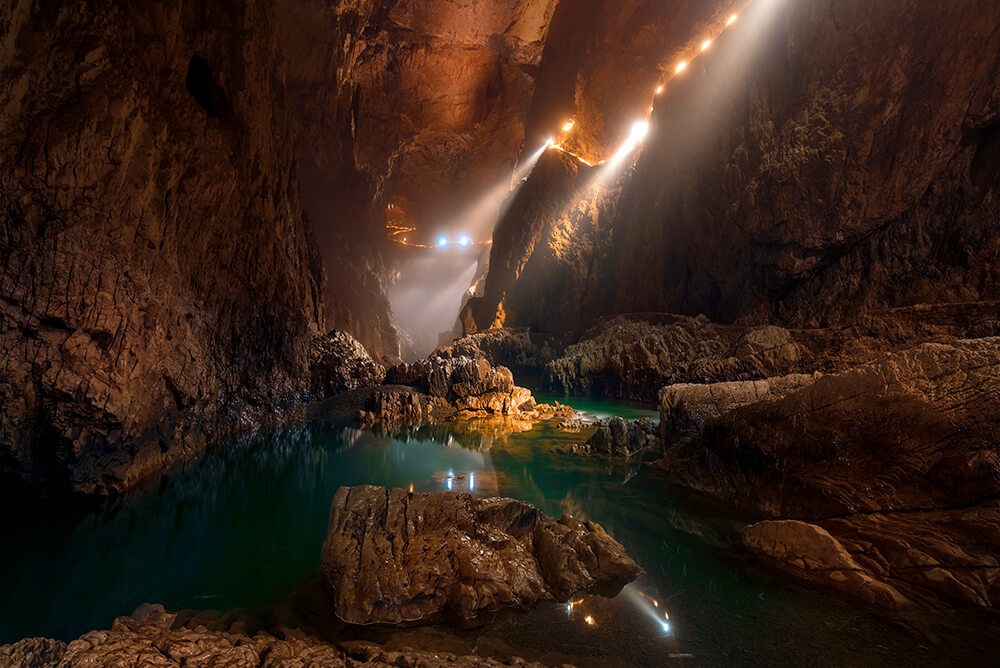 Škocjan Caves can be considered among the biggest sights in the Karst. Due to their exceptionality and importance, they have been included in the UNESCO World Heritage List since 1986. In 2004, the Škocjan Caves Regional Park was also inscribed on the UNESCO list of MAB biosphere reserves. The uniqueness of the Škocjan Caves is formed by the largest underground canyon of the Reka River in Europe, which is 2600 m long. It boasts one of the largest underground chambers in Europe, the Martel Chamber – with a volume of 2.2 million m3, 146 m high, 120 m wide and 300 m long. The Cologne Cathedral would be easily placed in it and there would still be some space left. Large pans are unique in the world. The area of the Škocjan Caves Regional Park is extremely rich in archaeology and points to the continuous settlement there from ten thousand years ago to the present day. There are quite a few karst landslides in the vicinity of the caves, the most famous being Velika and Mala Dolina, which can be observed from the viewing platform in the very heart of the regional park. The Reka River descends through both valleys into an underground canyon and then, after 34 km underground, flows back to the surface near the Adriatic Sea like the Timavo River. In rainy weather, the view of the great river disappearing underground into the bottom of the Velika Dolina, 160 m below the surface, is just magnificent and frightening.

You can visit all three main sights of the Slovenian Karst on our cycling tour Bled – Ljubljana – Istria. Soča Valley – Cycling In A Small Group From One Hotel

We use cookies to ensure that we give you the best experience on our website. If you continue to use this site we will assume that you are happy with it.OkRead more